So, another mission series by FortMax, although this time all the missions were in Seng Kang area. This is a series of 18 missions, forming a pretty nice image of the Ingress logo with the Resistance and Enlightened symbols on either side.

Mission Series Notes:
– All missions contain a series of 4 Hack Portal waypoints
– All waypoints have to be hacked in sequence
– Takes more than 6 hours to complete on foot, so do it in batches, or use a bike/skates, or a car, like we ended up doing in the end.
– Always, ALWAYS start the next mission before hacking any portal that’s not part of the current mission you’re doing. See below for details.
– There are two major breaks, between Chapters 5-6 and Chapters 11-12

22 Mar 2015 – Chapters 1-3
We started this mission series immediately after the Land of Series, hoping to complete at least a row of six before we went back. But, as mentioned in the last post, we got rained out. Managed to push through the first three chapters before we were thoroughly drenched.

These three chapters weren’t much of a problem. The first chapter was a lot farther south from the end of the Land of Water mission (and our car) than I’d estimated, so it was a quite a walk to get there. However, the end of each mission was pretty close to the start of its subsequent mission, so it was easy to brave the rain and continue once we started. The third chapter ended closer to our car than if we were to finish the fourth, so we stopped for the day and went home for dinner. 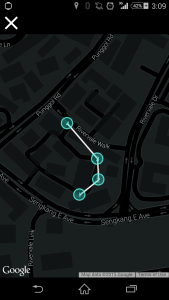 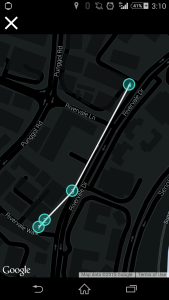 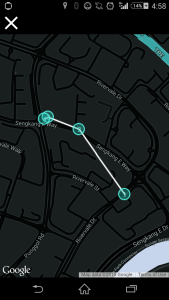 4 Apr 2015 – Chapters 4-18
And we’re back, two weeks later, to complete this mission series. Did this over Saturday night/Sunday morning, starting at around 9.45pm. Dad parked the car and we were off to Chapter 4. Here’s a warning though: Chapters 4 and 5 are VERY close. Literally one portal away. Take a look at the maps. 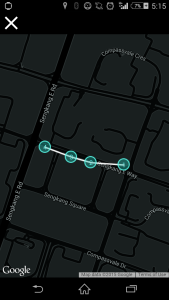 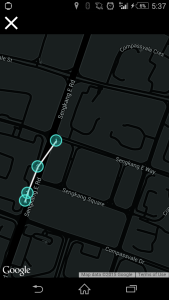 See, the end of Chapter 4 is less than 40m from the starting portal of Chapter 5. Dad and I made the same mistake of hacking said portal before we started Chapter 5, meaning we had to stand around for five minutes before we could hack again to satisfy the mission waypoint. We didn’t want to take it down because we felt it took too much time. The point was to complete the missions as fast as possible, so we only took down low level portals that had little to no shielding.

Take note that there’s a huge break between Chapters 5 and 6, and Chapter 6 itself contains portals that are quite spread out. It looks decent on the map, but if you look closely, you’ll notice that the map is quite zoomed out. 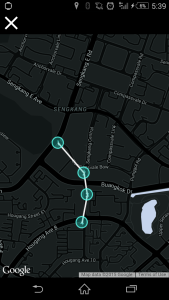 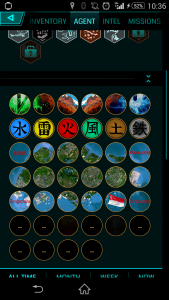 Decided to take a screenshot of the first 6 chapters completed.

We slowed down at Chapter 7 because there were quite a few clusters of portals we could take down and link together. At the end of that mission, we sat on a ledge that allowed us to reach three L8 blue portals and were happily glyph hacking. We decided to take down all three, since we were already sitting down and each blast could hit three portals. 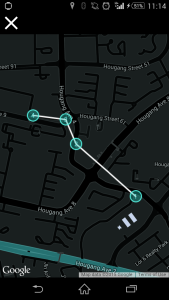 The Resistance are really fast. Within minutes of our attacks, three enemy agents (ahzpek, ecchua and diamana) appeared to reinforce the portals we were attacking. I guess they were alerted to our presence when we were hitting the small clusters before reaching the three L8 portals. I continued attacking a bit more before I realized we were outnumbered. Dad and I said our hellos and goodbyes and continued on our way.

We completed Chapters 8-11 without incident, then realized we were turning northwards, back towards our car, starting from Chapter 11. I thought the whole series would make a circuit, but it didn’t. 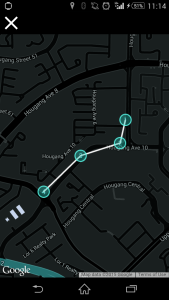 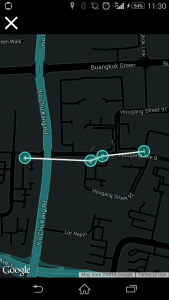 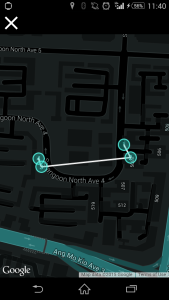 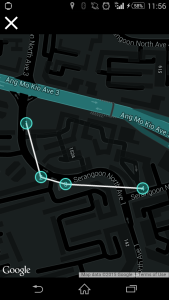 Chapter 12 was 1.2km away from the end of Chapter 11, which was mildly annoying. It was a little past midnight, so there was little traffic, which was nice. Chapter 12 was a very weird mission. Take a look at the map. 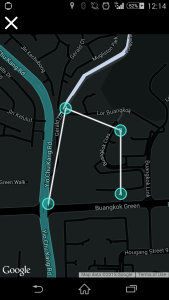 First, it was in a U-shape. The other missions were all more or less in one direction. This mission was also the most ulu. We walked into semi-detached-like houses, but there was very little light. No street lamps at all. It’s a good thing there were two of us; I don’t think I would have entered alone. Remember that it was way past 12 midnight and especially eerie. 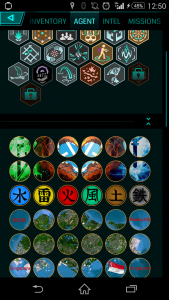 After we completed it, I took another screenshot. It was nice to see the whole image slowly developing, like watching IE buffer a large image. Heh.

Okay here are a few important notes for Chapter 13. Remember I said to be careful of hacking random portals lest you make the same mistake my Dad and I did for Chapter 4-5? Well, Chapter 13 is weird in that you will walk past the second portal to hit the first. Since it’s a sequence mission, if you don’t look at the map, you’ll naturally want to hack that portal since it’s on the way. 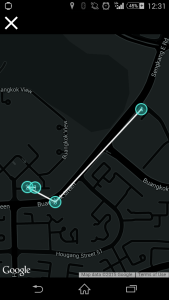 When you move from the end of Chapter 12 to the start of 13, you’ll need to actually go into IMH area. I don’t know how to describe it. Just look and follow your game map. Last thing to note is that once you get portal waypoints 1 and 2, turn back out the way you came in. Dad and I continued walking inwards, making a bee line for the third waypoint, but we were blocked by a gate. Apparently, it isn’t open at night. 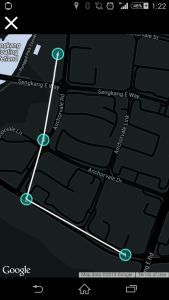 After we completed Chapter 14, we decided to head back to the car because it was about 1.30am and we were tired. Bought a 100+ on the way back from a 7-Eleven, which was the most refreshing thing ever. We got back to the car and completed the last four missions. Luckily, they were all easily accessed from the car. There was only one portal that we had to hop out to get in Chapter 15, but that took all of two minutes and there were no other cars on the street. 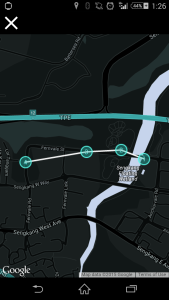 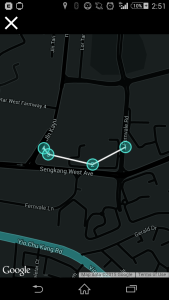 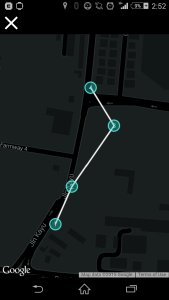 Chapters 16 and 17 were both around a HDB area, so it was easy to just drive at the parking lot area to get all the portals. 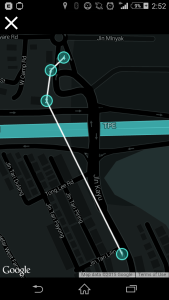 Chapter 18 made us end up at Jalan Kayu area, waaayyyy further than where Dad had parked the car. Imagine if we had decide to walk the whole thing. I think we’d have gotten back to the car at around 5am. The end of the whole mission also proved to be nostalgic for my Dad, because that area was where he’d first lived with my mum.